5 of the Oldest Cemeteries in the World

Home » Blog » Education » 5 of the Oldest Cemeteries in the World

We can’t know for sure when our ancestors began to intentionally bury the dead, but archaeological findings and the belief of many scholars do take us back some 100,000 years if we want to make an attempt at pinpointing what we believe to be the earliest known intentional burials.

In fact, some evidence suggests that Neanderthals may have been the first human species to intentionally bury the dead.

However, it seems we can be quite sure that dedicated cemeteries as we know them didn’t emerge until many thousands of years later, as our archaeological findings discovered that early hunter-gatherers would typically bury their deceased family members all together in one large family grave situated next to their house.

It wasn’t until the Victorian Era that the more familiar garden-style cemeteries we use today were introduced. It was also around this time that unique memorials began to grow in popularity.

With that said, it is very possible that historical cemeteries that pre-date what we have already found could be awaiting discovery.

We have still gathered plenty of historical information related to cemeteries, burials, and the memorials we have used through the centuries, but like most things we discover, these findings typically lead to many other questions.

>> Learn more about the history of headstones and burials.

But let’s get back to the topic at hand – some of the world’s oldest cemeteries!

These 5 cemeteries listed below aren’t all beautifully landscaped, well maintained or brimming with impressively carved granite tombstones and memorials like many of the modern cemeteries we keep today.

However, they have managed to stand the test of time with their own unique interesting stories while so many others have either been forgotten, lost to wars, reclaimed by nature, or are simply left waiting for us to discover.

Dates back: 8,500 years Located in: Germany Discovered in: 1962 Number of Graves: Total unknown, though at least 11 burials discovered to date 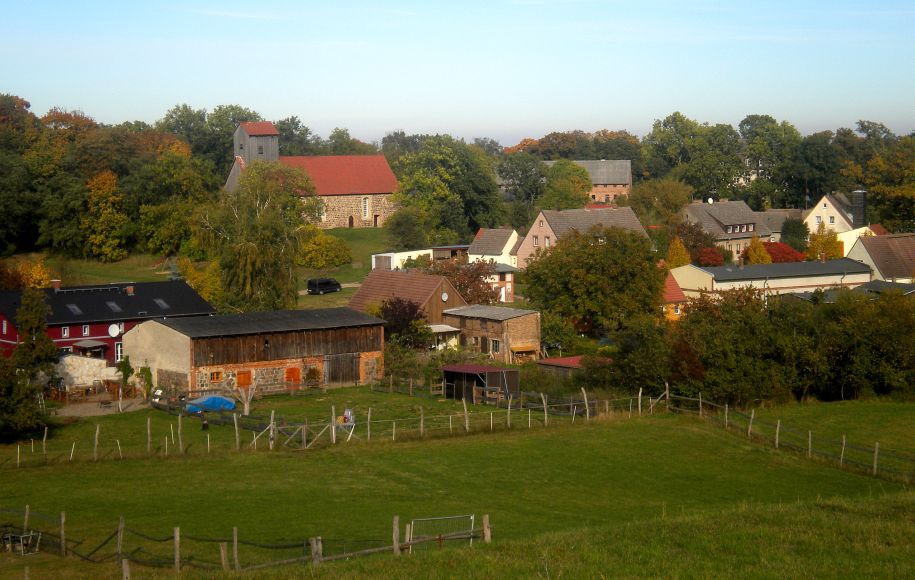 Where is the oldest cemetery in the world?

Discoveries tell us that Gross Fredenwalde Cemetery, located just over an hour north of Berlin and situated in a vineyard on a hill 300 metres above the village below, is one of the world’s oldest known cemeteries – certainly in the sense of a communal burial site where the deceased were purposefully buried together.

The cemetery dates back to the Mesolithic era, giving it a ripe old age of circa. 8,500 years old.

It was named after the local Gross Fredenwalde village and was first discovered in 1962, with more recent excavations taking place in 2016 – though researchers believe there is ample evidence to suggest more graves remain unexcavated.

Anthropologists voiced incredible surprise at the discovery of multiple graves located on one site that date so far back. People who lived in Europe during the Mesolithic period were hunter-gatherers and were known for their nomadic lifestyle as they regularly moved from place to place, so cemeteries designed for multiple burials to commemorate the dead were likely to have been extremely rare.

The burials themselves also sparked intrigue, as many were burials of young children – one of which was the oldest infant skeleton ever found in Germany at just 6-12 months old, and stained in red ocher, which follows the typical burial rituals that took place at the time.

Perhaps the most unusual Gross Fredenwalde burial discovery of all has been that of a young male in his early 20s who was buried stood upright leaning against a wall – it seems his lower body alone was buried for a short period of time before his upper body was later covered over, surrounded by what must have been his flint tools. It appears the burial ceremony may have signed off with a commemorative fire over the top of the tomb.

Dates back: Circa. 5,000 years agoLocated in: Athens, GreeceDiscovered in: Excavations began in 1870Number of Graves: Unknown 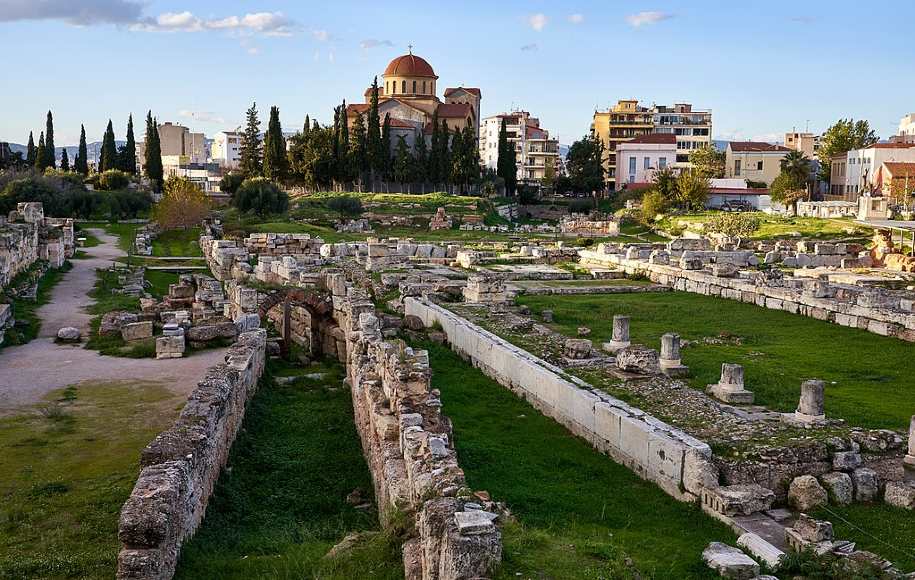 Amidst the blistering Greek heat in the ancient city of Athens you’ll find Kerameikos Cemetery, one of the oldest organised cemeteries in existence at a site that stood for many centuries as the most important cemetery in ancient Athens.

The site had been used for burial purposes by ancient Greeks as far back as 3000 BCE, though an organised cemetery wasn’t established until sometime around 1200 BCE.

Athenians went on to use the cemetery continuously until the 6th Century AD, highlighting just how important it was as a place of remembrance for the local community for thousands of years – many, many generations of people would have been laid to rest here.

The cemetery is situated northwest of the Acropolis on the banks of the Eridanos river – an area that was originally nothing but baron marshland.

Kerameikos is split into two sections as the cemetery is bisected by a historical monument – the Wall of Themistocles. The older section is located within the ancient city walls while the other section sits outside.

The wall contains ancient funerary sculptures, and the cemetery was also home to other structures, including private homes, pottery workshops, and the Pompeion – a large public building that held significant importance, often used during large festivals and other notable gatherings.

Today, the area serves as the Kerameikos archaeological site and museum, and home to many original grave markers, impressive memorial monuments and stunning funerary tomb carvings that have been excavated here over the years.

Proof that the craftsmanship of memorial stonemasonry stretches thousands of years into the past. 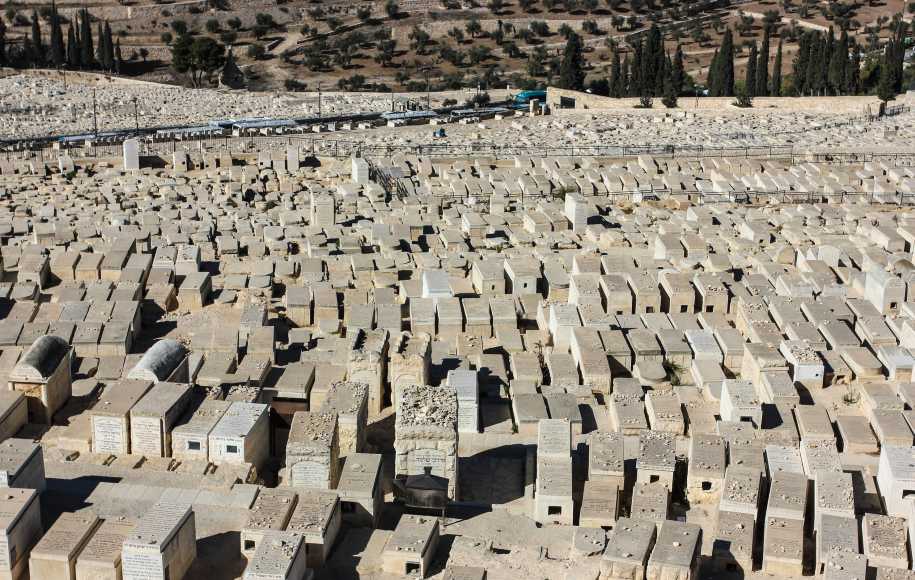 With up to 150,000 graves spanning 3,000 years and various historical periods of time, it’s easy to understand why the Mount of Olives Jewish Cemetery burial location, one that has been in operation since biblical times, is widely regarded as the oldest, largest and holiest of all Jewish cemeteries in Jerusalem – though it should be noted that Christians also recognise the cemetery as a meaningful landmark.

The burial spot lends much of its ancient past to the adjacent archaeological site of the Silwan necropolis.

The Silwan necropolis is considered the most important cemetery in ancient Judea, and we hold the belief that it was the burial grounds of the highest-ranking officials in Jerusalem with tombs cut between the 9th – 7th centuries BCE.

Throughout the First and Second Temple periods (1200 BC – 70AD), the local Jewish inhabitants began to bury the deceased in burial caves located on the slopes of the nearby mountain. Ever since, the cemetery has been used to bury the city’s Jewish population. 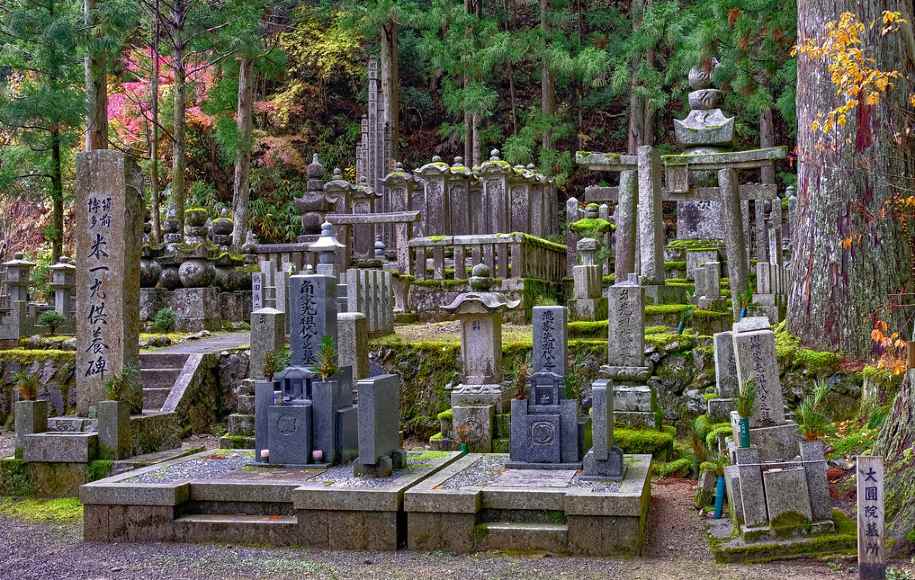 In Japan, Okunoin Cemetery is revered like no other.

The oldest, largest, and most sacred cemetery in the country, Okunoin is known to be a popular pilgrimage spot and surrounds the famous mausoleum of Kobo Daishi – also known as Kukai – the founder of Shingon Buddhism and one of the earliest settlers on Mount Kōya.

Despite being the oldest known cemetery in Japan, Okunoin has retained its charm and tranquil environment with ease. This is largely helped by its stunning location within a forest that surrounds Mount Koya in Wakayama – making it perhaps one of the most well-kept oldest cemeteries in the world.

Here, memorials of old and new intermingle with each other across the graveyard, which is testament to its long-lasting spiritual significance and the community togetherness that has continued among the local people over the years.

People first settled on Mount Koya back in 816, and over the course of 1,200 years, over 100 temples have been built and around 200,000 graves created to commemorate lost lives.

Okunoin and the surrounding area has become such an important staple in Japanese culture that UNESCO granted Mount Koya World Heritage Site status in 2004, along with two other locations on the Kii Peninsula.

Aside from its beauty and peacefulness, the cemetery also offers a few surprises, as shown by a local pest control company’s memorial to the termites they have been exterminating.

An ode to their lives, or just clever marketing?

Dates back: Circa. 1,000 years agoLocated in: Worms, GermanyDiscovered in: Has always been knownNumber of Graves: 2,500 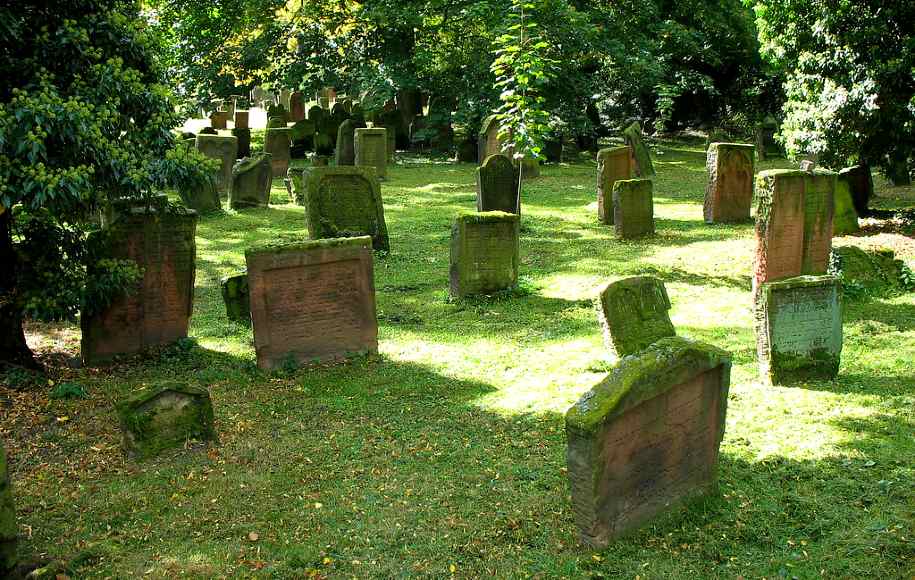 Another of the world’s old cemeteries in Germany is Heiliger Sand, which translates to Holy Sand. It’s also another Jewish cemetery in our list, though not as old as the former, as Heiliger Sand was first established around 2,000 years later in the 11th century.

The oldest known graves located at Heiliger cemetery are from the year 1058, making this burial site in Worms the oldest existing Jewish cemetery in Europe.

Due to a thriving Jewish community in Worms during the 11th century, the cemetery looks after the remains of notable people who lived in this area during the Middle Ages – many with great importance, such as martyrs, scholars, benefactors, and rabbis.

Furthermore, the old graveyard is nicely presented with around 2,500 graves mostly well spread out. This makes the grave count significantly lower than many other old graveyards that often contain tens of thousands if not hundreds of thousands of burials.

Heiliger Sand even survived both World Wars, sustaining only small, isolated bomb damage during World War II. This cemetery was even utilised right up until 1940 in the middle of the Holocaust, as indicated by the last recorded burial at this site.

The cemetery has grown to become quite the tourist spot with visitors traveling from afar to experience another of the world’s oldest cemeteries and to pay their respects to those who were laid to rest here between 1058 and 1940. 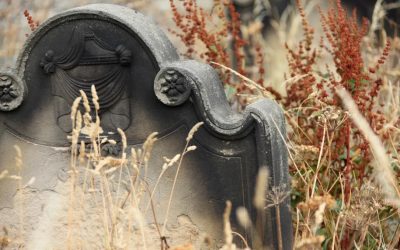 The History of Headstones and Burials

With modern human civilisation dating back some 300,000 years it’s easy to steer our imagination into overdrive when thinking back on how life may have been. How did we live? What did family life consist of? How did we communicate before modern languages? What made us...

END_OF_DOCUMENT_TOKEN_TO_BE_REPLACED 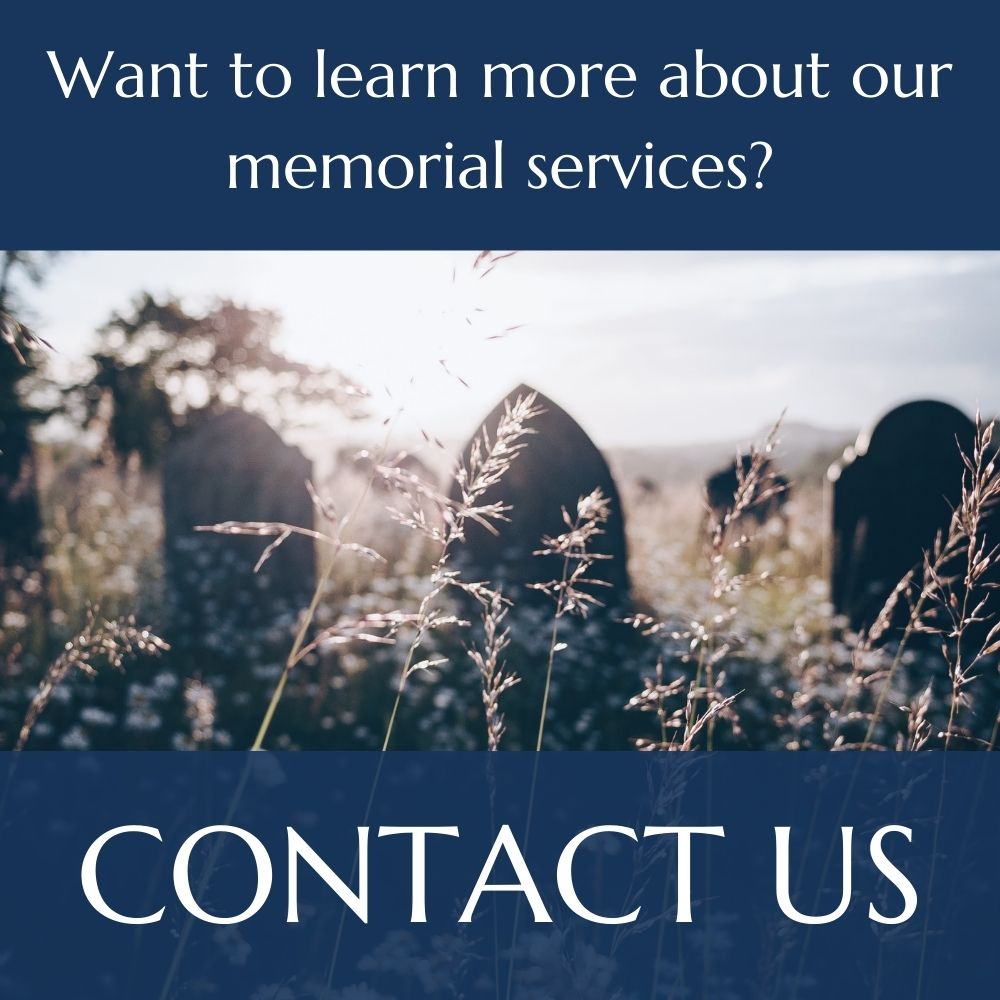 The History of Headstones and Burials

With modern human civilisation dating back some 300,000 years it’s easy to steer our imagination into overdrive when thinking back on how life may have been. How did we live? What did family life consist of? How did we communicate before modern languages? What made us...